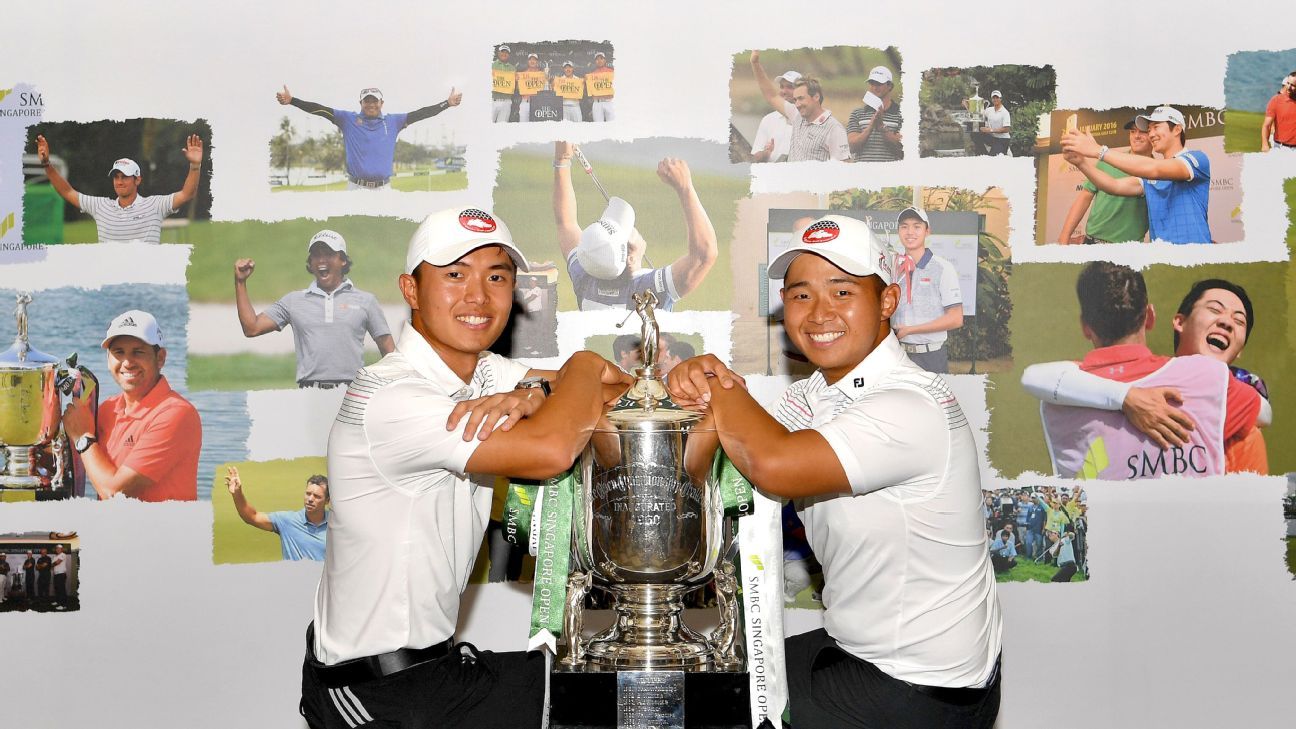 James Leow and Nicklaus Chiam are hoping that local knowledge may give them an edge at the Sentosa Golf Club as the two tee off in the 2020 SMBC Singapore Open on Thursday.

The two amateur golfers are among 13 Singaporeans looking to make home advantage count in a large field that boasts major winners Justin Rose and Henrik Stenson.

For 2019 Southeast Asian Games men’s golf gold medalist Leow, who is participating in his third Singapore Open, playing in the event gives local golfers the opportunity to showcase their talents in front a the home crowd.

“We are looking forward to the home crowd and local golfing community supporting us,” he said. “We want to fly the flag high by playing well at a course we are familiar with.

The 22-year-old Arizona State University sophomore was the second-best local golfer at the Singapore Open last year, finishing in a tie for 69th with a nine-over-par score.

While no Singaporean has won the tournament since it began in 1961, Quincy Quek, who is playing this week as a professional, holds the country’s best finish in the tournament with 33rd place placing in 2007.

“The last couple of years where I played in the Singapore Open, I have been getting closer and closer to whoever is leading at the weekend,” Leow said. “I know what it is like to make the cut. I am much prepared than who I was last year, so I am definitely looking forward to play the week and enjoy the round.”

“When I made mistakes that the pros don’t when I am playing with them, I will take a look at what they actually do right and I will compare,” Leow said. “… That was the biggest key playing in Serapong. That made a really big change for my game that I realized.”

Chiam, meanwhile, is eager to impress in what will be his Singapore Open debut.

The 24-year-old senior at Washington State University had a stellar 2019: He won the Putra Cup men’s individual tournament and contributed to Singapore’s SEA Games silver medal in the men’s team event.

In his second professional golf tournament since the 2012 Handa Singapore Classic, he sees the Singapore Open as a stepping stone in his transition to turning professional next year.

“Eight years was a long time ago, so this is a good event to start all over again,” said Chiam. “There are solid players everywhere in this field, so it will be interesting to see how they do their stuff.

Despite his progress in recent years, Leow remains grounded and has not decided to turn professional in the short term.

“It’s a dream of course, but I am trying to stay realistic whether I am good enough to play in the Asian Tour or the PGA Tour, because I know what is the standard required of me,” Leow said.

The top-ranked Singapore amateur credits the progress in his game to the golf program at Arizona State, which counts Phil Mickelson among its prominent alumni.

“When you travel to play college events for the team, you are playing in PGA Tour courses,” Leow said. “Playing them gives me a whole new experience on what it’s like playing out there in those conditions.

“Cold weather, strong winds, big rafts, narrow fairways, bank grass and all that, they are not common in Asia. The United States has awesome golfing facilities, which allows us to focus on our strengths and work on our weaknesses when we need to.”

While Leow and Chiam have played the Serapong Course several times, they acknowledge the challenging golfing terrains will put every golfer’s game to his limit in the Singapore Open.

“This course is demanding in every aspect of the game, so we have to be mindful of what is going to happen and where the pin is at, where to list and lay it out,” said Chiam.

Leow believes the best chance of succeeding in the Singapore Open lies in the ability to master the Serapong greens.

“The conditions are going to be a lot tougher playing towards the weekend,” he added. “The greens are going to get faster and firmer, and the sea winds are blowing.

“The key is to hit the fairways, hit a good tee shot, be smart on the approach, go on the correct side, and reduce the amount of mistakes. The fewer mistakes you make on this course, the better your score.”