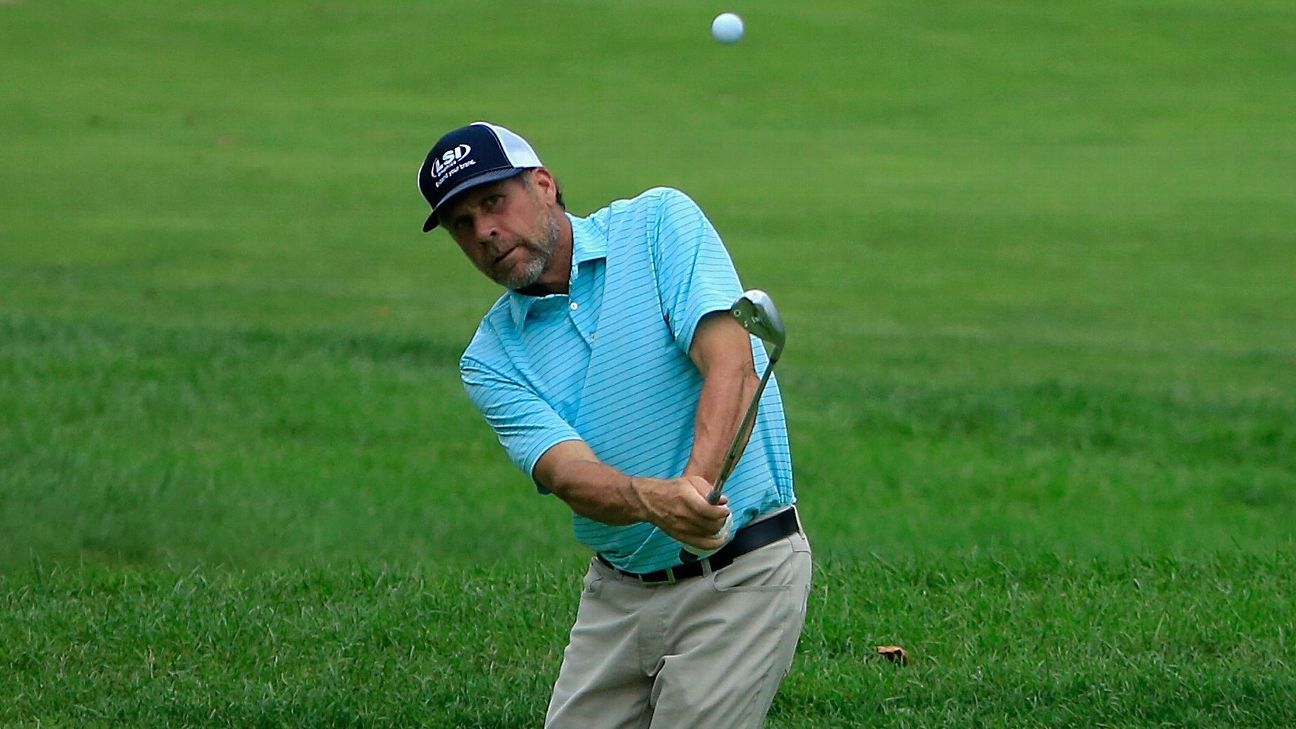 ENDICOTT, N.Y. — Monday qualifier Doug Barron had a one-stroke lead in the Dick’s Sporting Goods Open when lightning forced the suspension of play late in the second round Saturday.

Making his second PGA Tour Champions start after turning 50 last month, Barron was 10 under for the tournament playing the par-4 15th when play was stopped at En Joie Golf Club.

Barron got into the field Monday with a 66 at The Links at Hiawatha Landing. He’s coming off a fifth-place tie in the Senior British Open in his Champions debut.

Scott McCarron was tied for second after a 66. He won the event two years ago,

Marco Dawson, playing alongside Barron and Miguel Angel Jimenez in the final group, also was 9 under with Scott Parel and David McKenzie. Playing together in the second-to-last group, Parel and McKenzie also were on 15 when play was suspended.