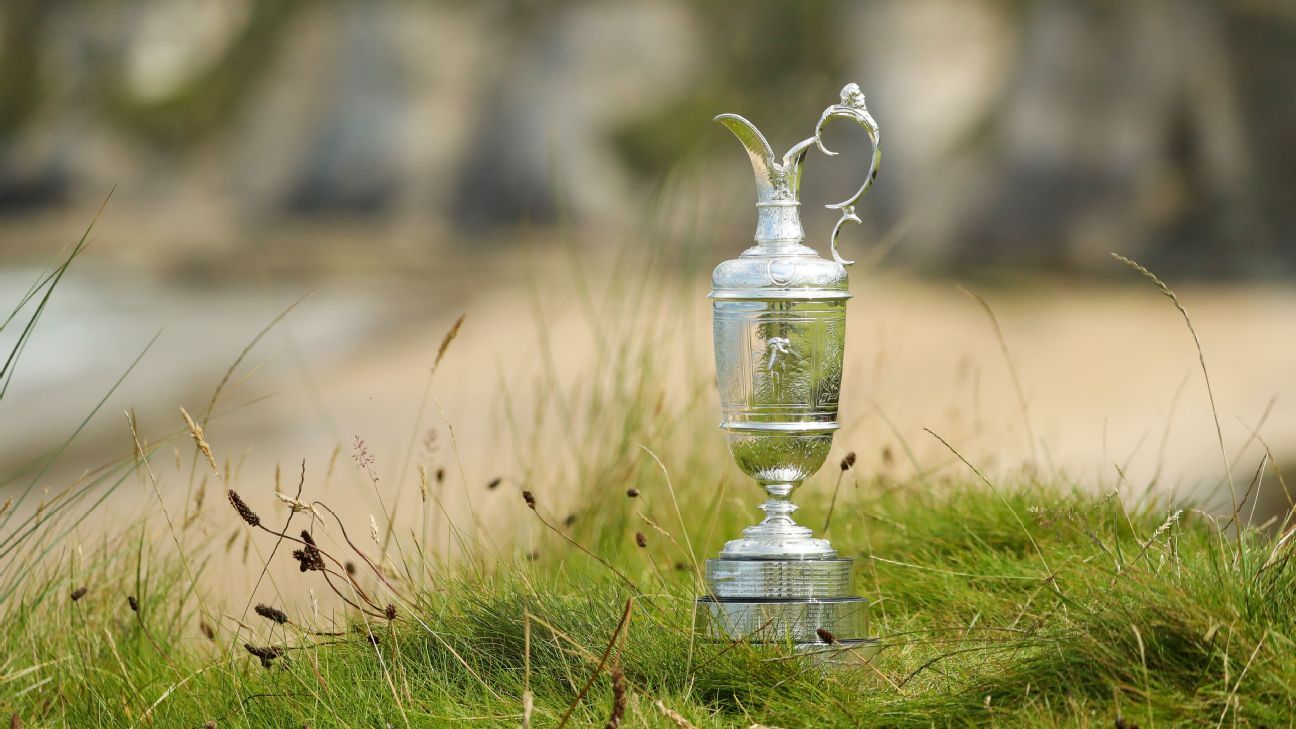 The Open Championship’s rotation of 10 links courses has — for now — been shrunk to nine.

The R&A announced Monday that Trump Turnberry, the most picturesque of the venues and where Tom Watson and Jack Nicklaus staged their memorable “Duel in the Sun” in 1977, will not be granted an Open “for the foreseeable future.”

The course is owned by President Donald Trump, and although R&A chief executive Martin Slumbers did not reference last week’s riots in Washington, D.C., that led the PGA of America to move one of its tournaments scheduled for a Trump venue, the timing is clear.

“We had no plans to stage any of our championships at Turnberry and will not do so in the foreseeable future,” Slumbers said in a statement. “We will not return until we are convinced that the focus will be on the championship, the players and the course itself and we do not believe that is achievable in the current circumstances.”

The R&A, which canceled the 2020 Open due to the coronavirus pandemic, has awarded the tournament through 2024. This year’s event is scheduled for Royal St. George’s, followed by St. Andrews, Royal Liverpool and Royal Troon. It was unlikely that Turnberry would have been awarded the 2025 or 2026 Open as it is expected to return to St. Andrews in that timeframe.

Located in southwest Scotland, Turnberry is the most remote of the venues and one that produces far less revenue than the R&A prefers. Still, its setting and history — despite just four Opens having been played there — make it appealing.

Trump bought the course in 2014 and his company oversaw renovations that greatly enhanced the layout and brought two holes closer to the coastline. The Women’s British Open was played there in 2015, won by Inbee Park.

All of the other nine Open venues have hosted the championship since it was last played at Turnberry in 2009. That tournament saw 59-year-old Watson — a five-time winner of the event — hold a one-shot lead heading to the 72nd hole, where he bogeyed and fell into a playoff won by Stewart Cink.

Thirty-two years earlier, Watson was part of one of the game’s classic tournaments when he dueled Nicklaus over the final 36 holes, shooting 65-65 to Nicklaus’ 65-66 to win by one. The Open returned in 1986 as Greg Norman won his first major championship. Nick Price was the winner at Turnberry in 1994.