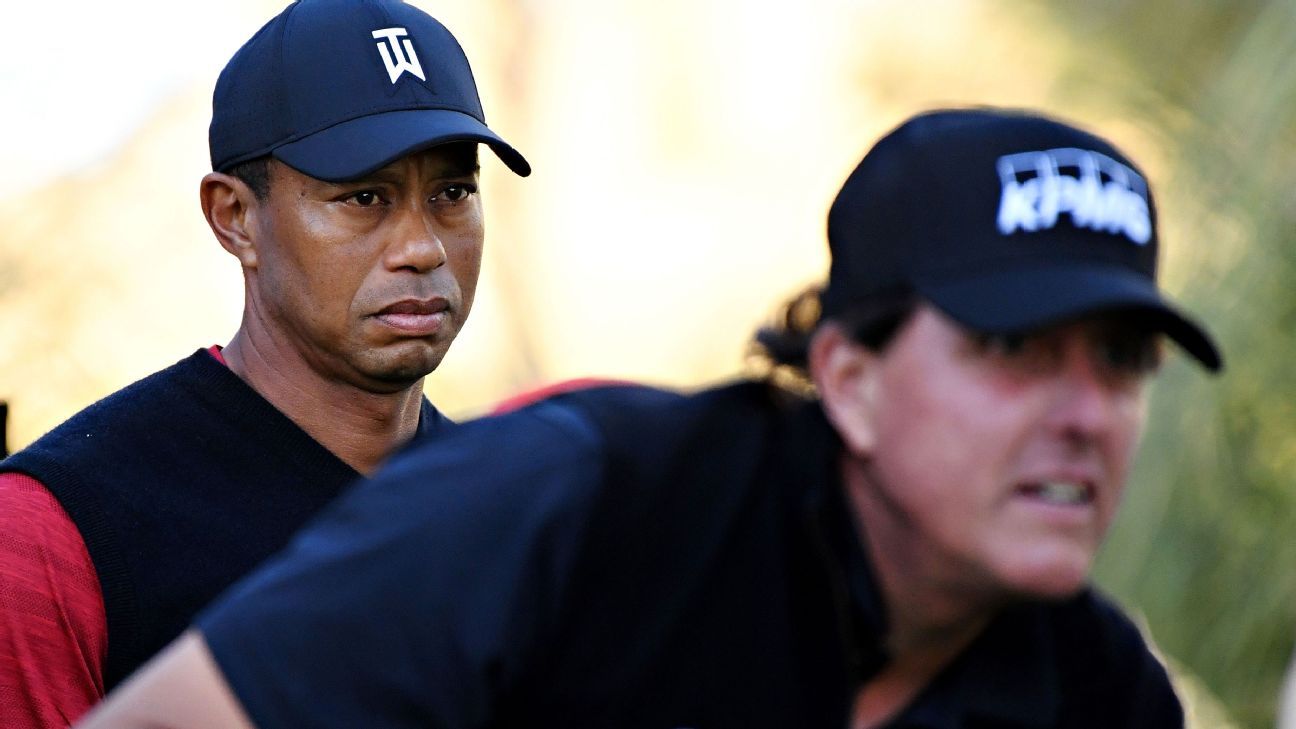 The match is set, the trash-talking has begun and the odds are on the board for a star-studded, 18-hole event to raise money for coronavirus relief efforts on Memorial Day weekend.

Caesars Sportsbook on Monday opened Tiger Woods and Peyton Manning as the favorites over Phil Mickelson and Tom Brady in “The Match: Champions for Charity” showdown May 24 at the Medalist Golf Club in Hobe South, Florida.

Woods and Manning were installed as -175 favorites, with Brady and Mickelson at +150 at Caesars.

The event will be televised on TNT and TBS at 3 p.m. ET. The four participants will make a combined $10 million donation to relief efforts. The 18-hole match will consist of nine holes of best ball and nine holes of modified alternate shot.

Two years ago, Mickelson bested Woods in a head-to-head, made-for-TV event in Las Vegas. Last week, in an online promotion for this year’s challenge, Mickelson ribbed Woods by showing off the trophy he won by defeating him in 2018.

“Tiger doesn’t strike us as somebody who’s really going to get up for an event like this, for lack of a better phrase,” said Jeff Davis, director of risk for Caesars Sportsbook. “Phil kind of eats this stuff up.”

The early betting action on the match had been even at the DraftKings sportsbook, where 60% of the bets were on Woods and Manning, while 55% of the money wagered was the underdogs, Mickelson and Brady.

Jeff Sherman, a golf odds specialist at the SuperBook at Westgate Las Vegas, researched Brady’s and Manning’s golf games online, watching old pro-am events they played in and videos of their swings.

“From what I could find, I believe Brady’s like an 8 handicap, and Manning’s like a 6 handicap,” Sherman said. “So, slight edge to Manning there.”

Sherman compared the handle on the 2018 event between Mickelson and Woods to how much is wagered on a “good NBA game,” but said he expects this year’s version of “The Match” to attract potentially four times as much betting interest.

“For a standout event like that, it was less than I anticipated,” Sherman said. “I think one has the potential to do three or four times that, just based on this being by itself on a Sunday, when people can get involved.

“There’s definitely going to be more involvement on this one, because it’s not up on many things.”