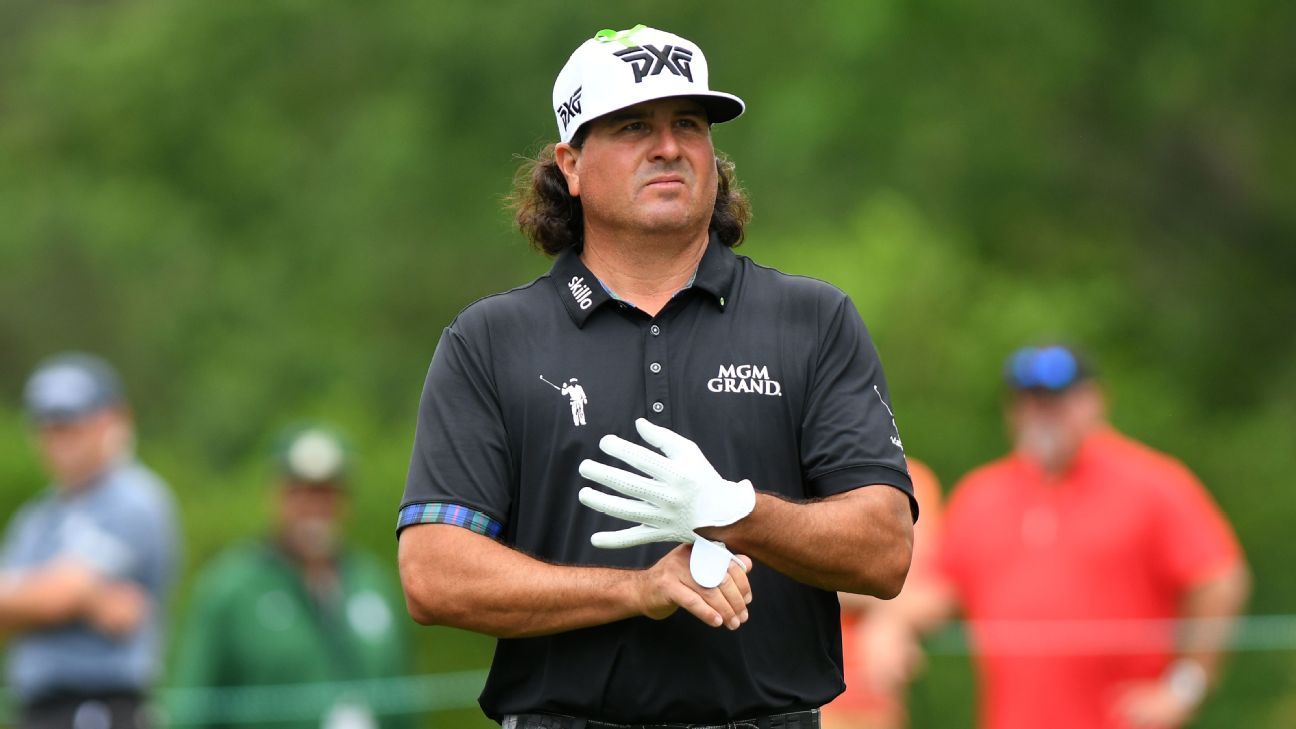 Finding ways to stay busy amid the coronavirus pandemic is part of the challenge for professional golfers across the country, especially given the restrictions at various golf courses, gyms and workout facilities given various closures and limitations.

Not so much for Pat Perez.

The veteran PGA Tour player, who like a majority of his peers awaits with curiosity the restart of the schedule in mid-June has been at home in Arizona. And golf has not been part of his routine.

“We bought a house three years ago and didn’t move in until Christmas Eve,” Perez said of his wife, Ashley, and their daughter, Piper. “We’ve been remodeling that house all that time and now we’ve got about three years of unpacking and reorganizing to do. We’re busy every day. We’ve got five acres of land we’re not really taking care of.

“We’re trying to get things done. I’ve been an outdoorsman, moving trees, building trenches. I’ve been outside for the last four weeks.”

“No golf. Haven’t even thought about playing,” he said.

“I just have no desire to play,” he said. “I’ve got another six weeks off. I won’t get back into it for another couple of weeks.”

And Perez even wonders if the idea of coming back will be possible. The tour has announced a revised schedule that would begin at the Charles Schwab Challenge at Colonial the week of June 8 in Fort Worth, Texas.

“I think it’s a little early,” said Perez, 44, a three-time PGA Tour winner who is ranked 141st in the world. “But I understand what they want to do. Everybody wants sports back. Of course they do. Everybody wants to get back. But it’s such a bigger deal than sports, it’s such a small percentage of what is going on in the world right now. People are sick, we don’t know who all has [the virus]. It’s serious.

“I know they want to get a schedule together and I appreciate that, but I think it’s a bit premature. I’d be shocked if we are back June 8. What about airlines, hotels, all kinds of things? There’s a lot of questions.”

Like many of his tour counterparts, Perez was in Ponte Vedra Beach, Florida, for the Players Championship and played the first round of the tournament at TPC Sawgrass on March 12.

Although other sports were seriously contemplating postponements or cancellations, the tour had decided to go ahead, playing the first round with spectators and then had plans to go the final three without fans.

But on the night of March 12, the tour abruptly switched course and canceled the remainder of the event as well as the next three. Soon, the Masters was postponed, The Open canceled and the PGA Championship and U.S. Open moved to later dates.

Then on April 16, the tour announced its revamped schedule, with the first four events going without spectators.

“They need to give us time to get ready, not everyone has a home gym or access to a gym,” he said. “And not everyone flies on their own plane. Lots to consider and work through. I understand it, but I’m not sure it will happen. What about families? No way I’m bringing my wife and daughter near a golf tournament, but how do they handle that? It’s not just about golf without fans.”

Commissioner Jay Monahan said widespread coronavirus testing must be in place so that players, caddies and others associated with the tour’s return can be tested, possibly multiple times. And Monahan said it could not come at the expense of people in need of such tests, such as healthcare workers or those who are ill or with symptoms.

Although tour vice president Andy Pazder expressed optimism that various forms of testing could be available, with the ability to quickly get results from things such as a saliva test or a finger-prick test, the numbers of people being tested has not increased to that level.

Perez agrees that is a must — and has no problem with it.

“I don’t mind having testing each week,” he said. “And if you [test positive for coronavirus], sit down for two weeks. I’m absolutely fine with that.”

Perez also has no issue with the tour trying, and said if it comes off, a reduced season of 36 events is plenty.

Short of that? Why not some sort of “super season,” he suggested. Start up in August and play a certain number of events that could in some way constitute a way to satisfy various qualification criteria.

“It’ll be interesting to see what the Rorys [McIlroy] of the world do. Tiger [Woods], DJ [Dustin Johnson]. Are they going to come back and play?” Perez said. “Will they come back, or are they just getting ready for the next season? (Which would begin in September.)

“I’m interested to see what the other leagues do. So many questions about it, the safety. What if it [the virus] comes back and this comes up again? We’d look like idiots. I’m like you, interested to see how this all plays out.”

Perez, who was part of the broadcast crew for the original “Match” between Woods and Phil Mickelson, hopes to be back next month when the second version including Peyton Manning and Tom Brady is due to be played, likely Memorial Day weekend.

A contemporary of Woods’ who grew up in Southern California playing him in junior events — “And getting beat like everybody else” — Perez marvels at what Woods has accomplished since his return from spinal fusion surgery, including his Masters victory a year ago and his record-tying 82nd PGA Tour win in Japan last October.

And he offers some perspective on what the younger generation of players is now seeing from him.

“Tiger knew he was going to beat the s— out everybody,” Perez said. “These kids today have a skewed view of who he was. They weren’t around him. He had this way about him. All business. He didn’t hardly talk to anybody. Didn’t hang out with anybody. He was there to win.

“These kids today say they wish they had a run at him on a Sunday. You could wish that! It wasn’t going to be the way you thought it was going to be. As a whole, anybody who got there with him on Sunday … it was over. It would have shot their confidence, especially at young age. The JTs [Justin Thomas], Rorys … it’s got to affect your confidence. It was like [Michael] Jordan. All business.”

Speaking of Jordan, the former Chicago Bulls star is Perez’ all-time idol. And hence, he has taken a key interest in the “The Last Dance,” ESPN’s 10-part documentary that began airing on April 19 and continues for several more weeks.

“It shows he is amazing, as we know,” Perez said. “Brought back a lot of memories. He was so unreal. I hope they do something similar about Tiger. He deserves that.”