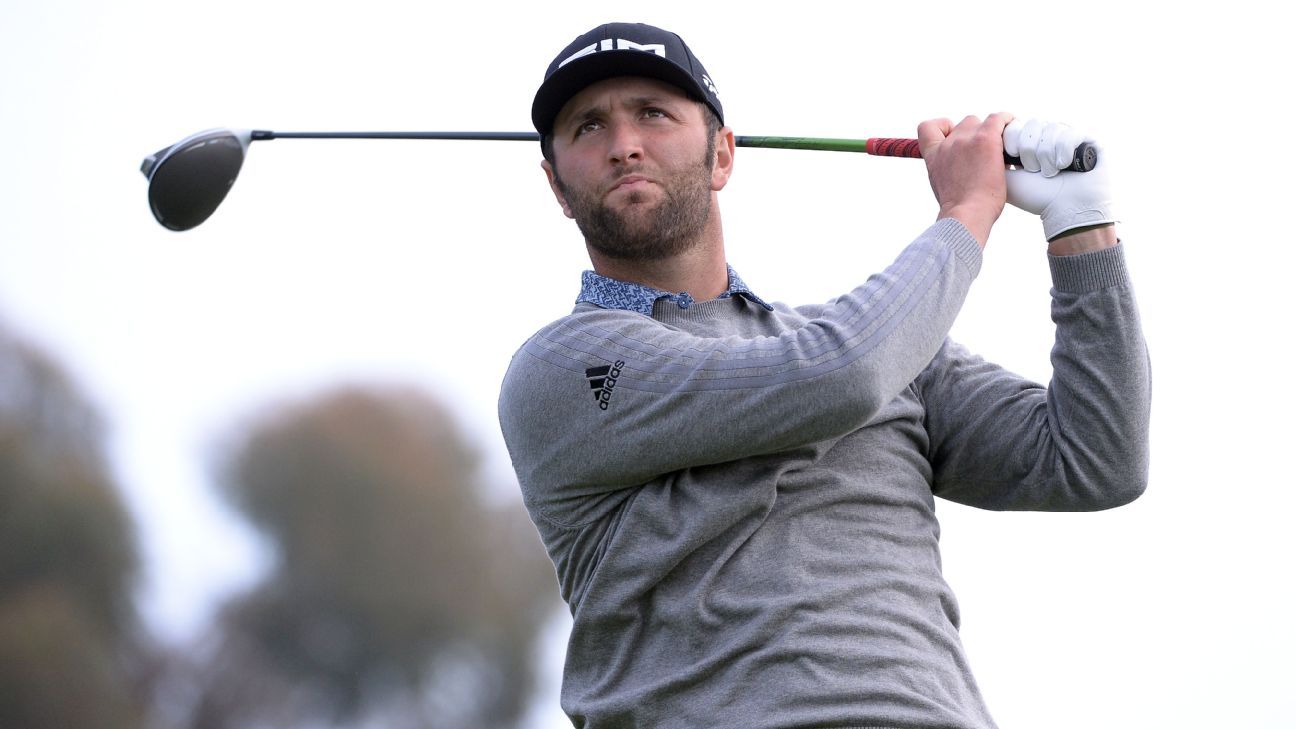 SAN DIEGO — Jon Rahm chipped in for birdie and holed out from 111 yards for eagle to start his round Saturday, and he scrambled superbly along the back nine for a 7-under 65 at Torrey Pines and a one-shot lead over Ryan Palmer in the Farmers Insurance Open.

Rahm won his first PGA Tour title three years ago at Torrey Pines when he made a pair of eagles over the last six holes for a 66 to rally from a three-shot deficit. This time, he tries his hand with the lead.

Palmer traded birdies and bogeys most of the day until his 10-foot birdie on the 17th gave him a 1-under 71 and his second chance to win in as many starts this year.

Joining them in the last group was Rory McIlroy, who can return to No. 1 in the world with a victory. McIlroy hit a 5-iron from the bunker to 6 feet on the tough par-4 12th hole and two-putted for birdie on the 18th for a 67 that left him among those within three shots of the lead.

Rahm was at 12-under 204 as he goes for his fourth PGA Tour victory, and 11th worldwide.

Tiger Woods made a 15-foot par on his final hole and finished with a 69. He was among 16 players within five shots of the lead.

Rahm knows from experience how momentum can change at Torrey Pines. He said having won here in 2017 will mean nothing to him Sunday.

“The only thing it’s going to do is keep me focused, no matter how good I’m playing, knowing that somebody can come and do the same thing,” Rahm said.

The third round started two hours late because of heavy fog, and even when the sun broke through, there wasn’t much clarity on the leaderboard with so many in contention.

McIlroy is playing for the first time since late November and didn’t appear to pick up too much rust during his break.

“Even if you’re not making that many birdies but if you keep giving yourself chances, it’s one of these golf courses that you feel like you’re playing really well, you might be a couple under,” McIlroy said. That’s OK. No one else is going that low. Keep doing the same thing tomorrow and should be right there.”

Sung Kang (67) and PGA Tour rookie Harry Higgs (69) joined McIlroy at 9-under 207, while the group at 8 under included Brandt Snedeker, who birdied his last two holes to salvage a 72.