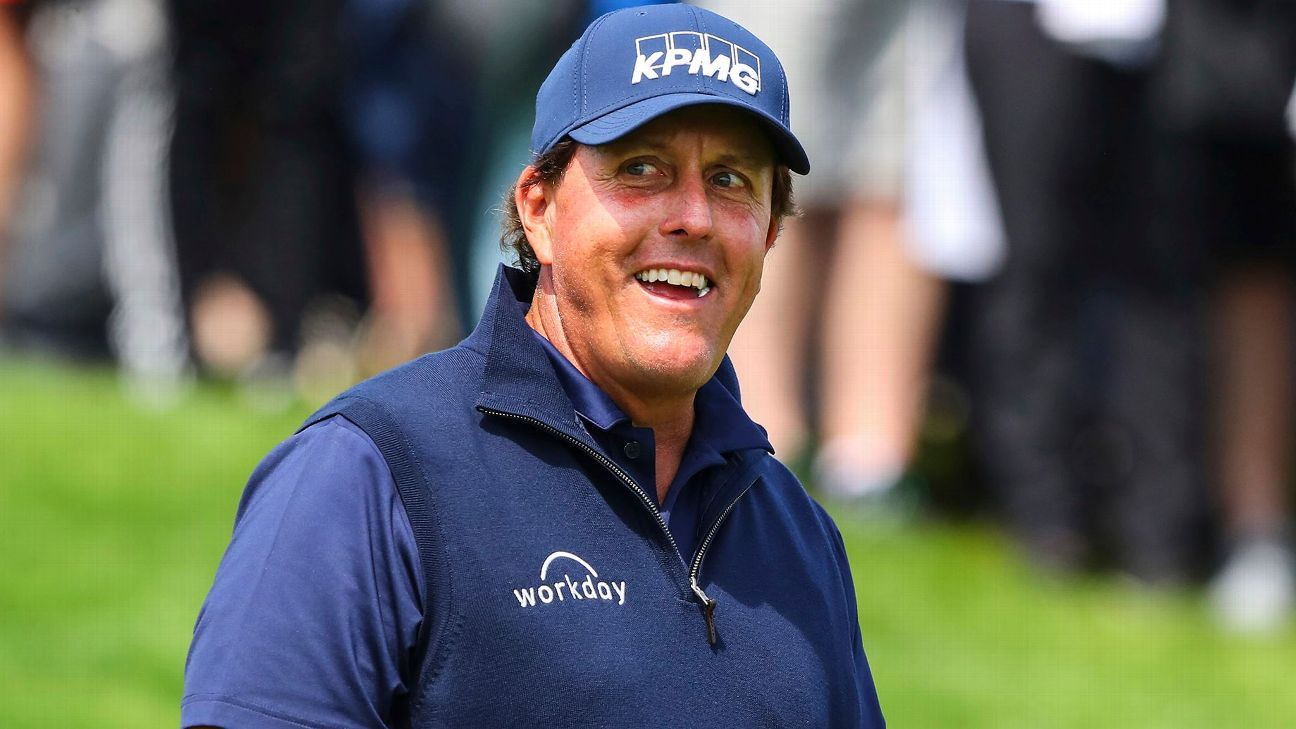 SAN DIEGO — Phil Mickelson called the concept of a new professional golf tour that would bring together big names with huge purses “intriguing,” adding that he is “curious” about what the Premier Golf League is putting together.

Several players and agents have been approached by the league about participating, according to Geoff Shackelford, a Golf Channel analyst who reported earlier this week that multiple sources said the idea of the new league has gained momentum over the past two years, with hopes of it starting in 2022 or ’23.

The proposal would severely impact the PGA Tour and European Tour if it went forward, because it is unlikely players could participate in both.

The new tour would have an 18-event schedule from January to September. According to Shackelford’s report, events would consist of 48-player fields and $10 million purses, with a season-ending team championship. The idea is to create a star-driven global tour, one that would need players of Mickelson’s stature to participate.

“I’m curious, but I don’t’ know enough to talk about it,” Mickelson said Friday after missing the cut at the Farmers Insurance Open. “I’m listening to it. I think it’s intriguing, but I just don’t know enough about it to comment publicly. I hope to learn more.”

The topic was a big part of the discussion at a Tuesday night player meeting at Torrey Pines, which was attended by PGA Tour commissioner Jay Monahan. Tour officials had no comment.

Mark Steinberg, whose Excel Sports agency represents several golfers, including Tiger Woods, said in the Shackelford report that the idea of the new tour “seems to resurface at different times. It’s obviously resurfacing right now. We’ll see if they take it to the next level.”

Two other agents contacted by ESPN who wished not to be quoted said they are aware of the proposal and that it is serious, although many details must be vetted.

PGA Tour members are required to play a minimum of 15 events per year. The tour typically allows three releases to play in conflicting events, with a commitment to more PGA Tour events if further releases are to be given.

The idea of getting 10 or more releases to play on a competing tour would making doing so problematic. Also unclear is if these new events would offer World Ranking points, the entry point for many players to get in the major championships and World Golf Championship events.

According to the Shackelford report, a team concept is being considered similar to Formula One racing. It also said that financing would come from various places, including Tokyo-based Softbank and Middle East investors.

The Premier Golf League issued a statement Friday in response to the various reports.

“There has been significant media speculation relating to our plans to launch The League, a new professional golf format that will be comprised of 18 events per season,” it said. “Some of that speculation, including details of the proposed format and our financial backers, is inaccurate. While we do not wish to comment further at this time, we would like to say that it is our intention to work with, rather than challenge, existing tours for the betterment of golf as a sport, pastime and media property, and we have partnered with Raine Group to help make this vision a reality. We appreciate the interest and look forward to proving everyone with further details.”

Then-world No. 1 Greg Norman eyed a similar concept 25 years ago and said at the time that was Fox on board to televise the events. But it was met with strong opposition from then-PGA Tour commissioner Tim Finchem and never got off the ground.

In 1999, the PGA Tour and other world tours launched the World Golf Championships, which sees four events played annually as part of the various tours.