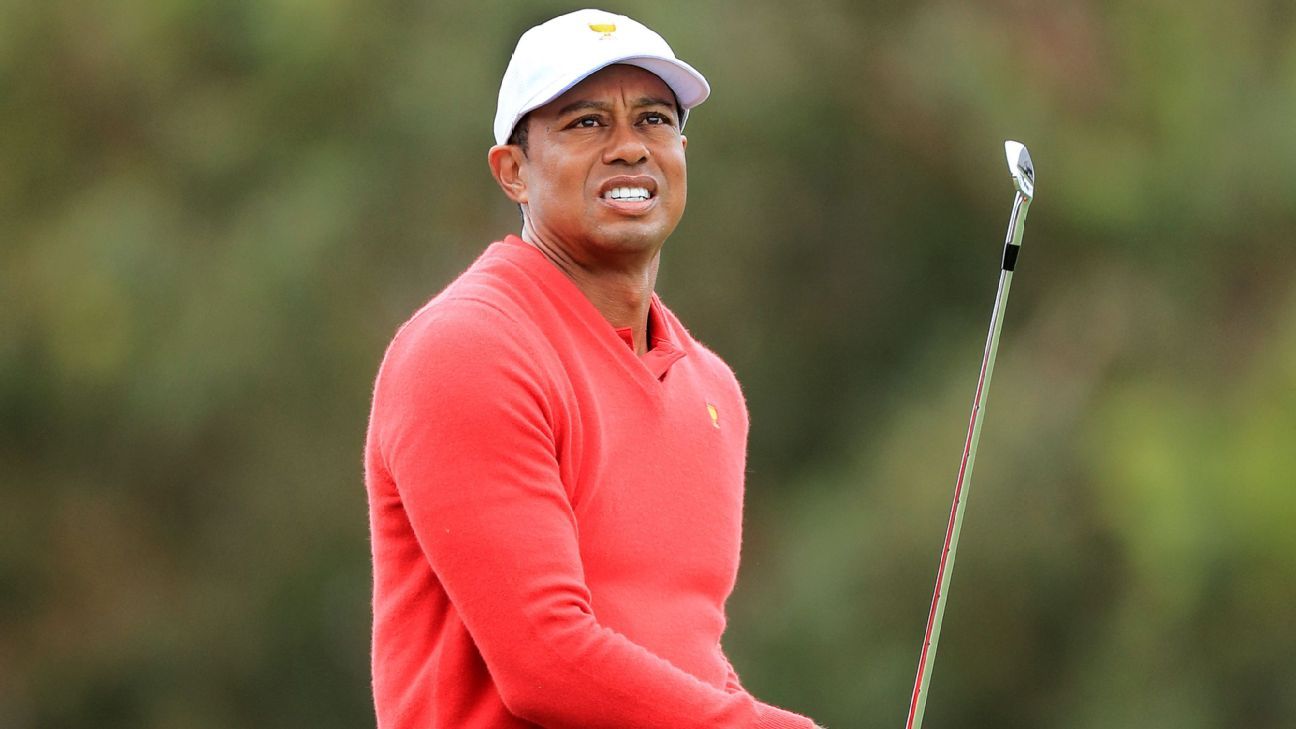 SAN DIEGO — Tiger Woods is set to begin the 2020 part of his PGA Tour schedule this week at the Farmers Insurance Open, looking to keep the momentum going after an impressive conclusion to 2019.

Ranked sixth in the world, Woods, 44, won the Zozo Championship in Japan, finished fourth at the Hero World Challenge, then led his U.S. Presidents Cup team to victory at Royal Melbourne, going 3-0 in his matches.

Now he’s back at Torrey Pines, where he’s won eight times as a professional, looking to build back up and with an eye on getting his 83rd PGA Tour victory, which would pass Sam Snead for the record.

“I feel like I ended the year on a good note, and I felt like my game really didn’t need a whole lot of dusting off,” Woods said Tuesday before his first practice round, where he is testing some new equipment.

“I didn’t touch a club until my birthday [Dec. 30]. That was the only day I touched a club since the Presidents Cup [ended Dec. 15]. Just wanted to get away from it, I was a little bit fried physically, mentally, emotionally and just wanted to have it all end.

“Played on my birthday with my son, and we had a great time. Very similar to what I used to do with my dad [Earl] on every one of my birthdays when my dad was still alive.”

Woods said he began practicing again a week into the new year, and some of that has entailed working with new TaylorMade equipment and a new Bridgestone ball. Woods said he was unsure whether he would put the new TaylorMade driver in play this week.

That is part of his process as he is gradually working his game back into shape. A year ago, Woods tied for 20th at the tournament he’s won seven times — he also won the 2008 U.S. Open here — and gradually worked his way toward the Masters victory in April, his 15th major championship.

“When I was younger, I had more good days than bad, feeling-wise,” Woods said. “Now, at 44, I feel more bad days than I do good days. I think all of you at my age or older can relate to that. I think that’s the hardest part about being an older athlete. You see it all the time at the Masters. You see it every single year, either Fred [Couples] or [Bernhard] Langer or somebody’s up there for about two to three days, then they fade. It’s hard to put it together for all four days as you get older. It’s just harder.

“That’s one of the things I’ve noticed, it’s hard to recover now. But I’ve been able to win a few tournaments since I’ve made my comeback and hopefully win some more.”

Tiger Woods expands upon how blessed he is to continue playing at a high level with the opportunity to win more tournaments.

Woods will play this week, then take two weeks off before the Genesis Invitational next month at Riviera. He is then expected to play the following week at the WGC-Mexico Championship. Woods has not announced his schedule beyond that, but it is expected to be somewhat similar to last year when he played five times leading up to the Masters.

Also in the back of Woods’ mind will be the Olympics. Woods is in position to qualify for the U.S. team but will need to be among the top four Americans as of June 22.

He is currently the fourth-ranked American, but he will face stiff competition for one of those spots.

Collin Morikawa’s best tips for being a better ball-striker
Sony Open 2021 picks: Should you believe in Webb Simpson?
Collin Morikawa shoots 8-under 65 | Round 3 | Sentry | 2021
THIS IS OVERRATED FOR YOUR GOLF GAME! Simple Golf Tips
The 177 most talented, young instructors in golf: Golf Digest’s new Best Young Teachers list