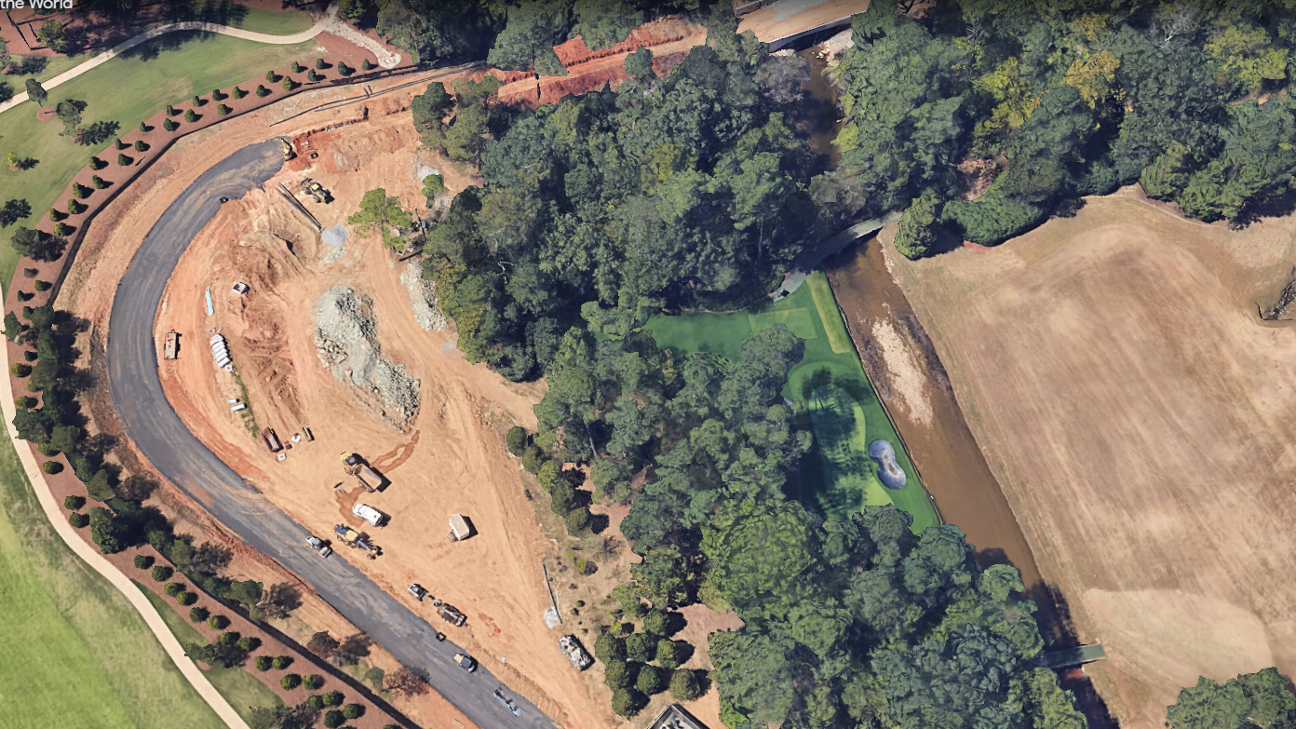 Don’t worry, it won’t look like this for the Masters.

But photos that surfaced in recent days via Google Earth show a dormant Augusta National, with work being done on the land purchased from nearby Augusta Country Club, as well as a new building that is expected to be of use for the membership.

That’s what happens to Bermuda grass when it goes dormant, and since the club is closed from late May until mid-October, there is no reason to keep the fairways and rough in pristine condition.

And yet the greens are, well, green. And it really stands out against the brownish fairways.

The putting surfaces at Augusta National are bent grass, which is extremely difficult to maintain in the intense heat of the South in the summer. But the club has the resources to do so, hence those nice-looking greens.

The bunkers also look different, too. Gone is the bright-white sand that fills them, likely replaced before the club opened again in the fall. The bunkers appear to be hollowed out, the surface appearing to be dirt or mud — or perhaps liners.

The club typically uses the summer months to work on various aspects of the course, and it is not unusual for green surfaces to be altered or various holes to be re-seeded.

As part of the purchase, Augusta National agreed to pay for the design and rebuilding of the Augusta Country Club’s ninth hole, which bordered the property.

The par-5 13th hole — Tiger Woods birdied it on his way to victory last year, hitting an 8-iron second shot — typically plays as one of the easiest on the course. It measures just 510 yards. And at times, the risk-reward nature of the famous dogleg left hole has been lost.

“Admittedly, that hole does not play as it was intended to play by (Bobby) Jones and (Alister) MacKenzie (the course designers),” said Masters chairman Fred Ridley prior to the 2019 tournament. “The momentous decision that I’ve spoke about and that Bobby Jones often spoke about, of going for the green in two, is to a large extend, no longer relevant.

“Although we not have options to increase the length of this hole, we intend to wait to see how distance may be addressed by the governing bodies before we take any action.”

Those comments by Ridley suggested no changes would be made to the course for 2020, although by looking at the photos, it’s easy to see the club has given itself plenty of room to stretch the hole to the 580-yard range if it desires.

That would mean a much more difficult drive, and certainly a longer second shot to a green guarded by a creek.

The service road shown has long been something sought by the club so that it can move maintenance vehicles around its property better.

The other disclosure is a building constructed between the fifth fairway, sixth green and seventh tee. The structure appears to be permanent – many of the concession and vending areas on the course are temporary – and could be used as a hospitality venue or a members’ retreat.