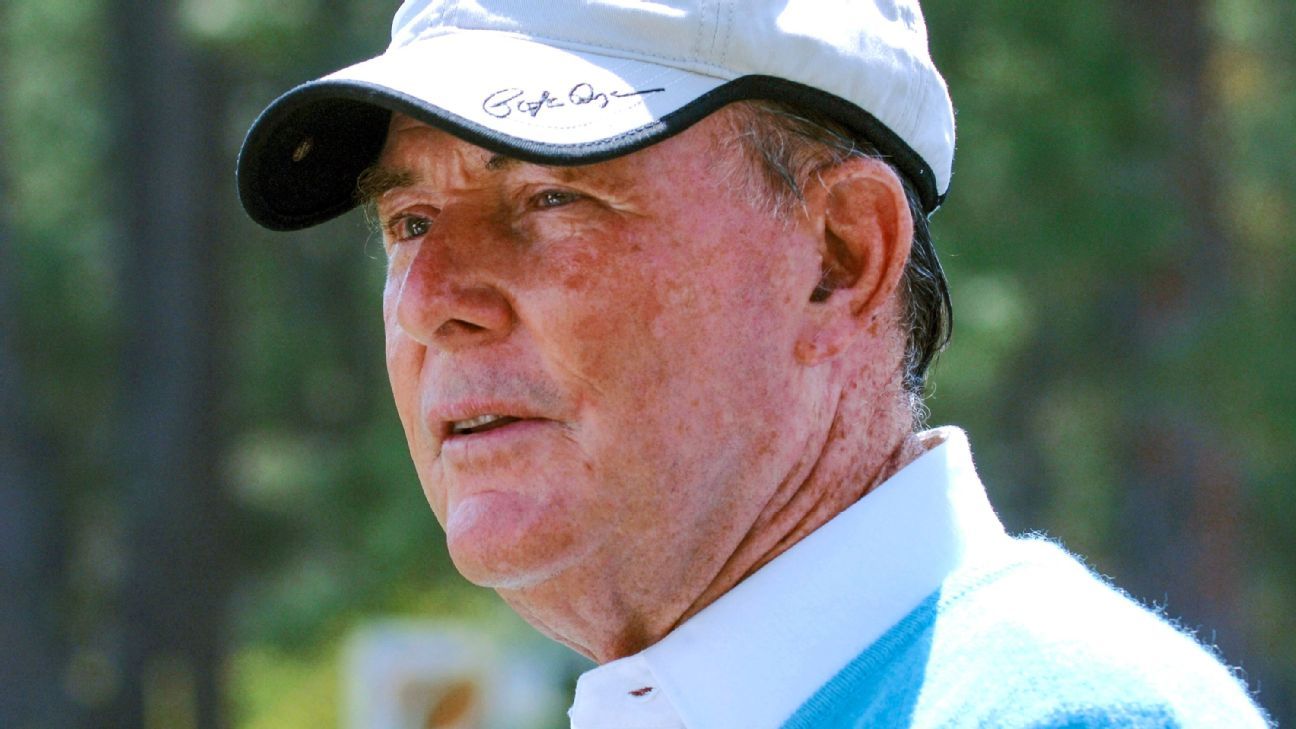 Pete Dye, the World Golf Hall of Famer regarded as one of the game’s great course architects, died Thursday, Dye Designs, the company he founded, announced.

Dye designed more than 100 public and private golf courses worldwide, including some of the sport’s most well-known tracks — Harbour Town Golf Links, Whistling Straits and TPC Sawgrass, with its famed “Island Green” on the 17th hole, to name just a few.

The PGA of America shared the thoughts of Suzy Whaley, its president, via Twitter.

“Pete & his late wife Alice formed the greatest force in golf design history. The Dye family will forever be linked to many of the thrilling championships in PGA history & for something that they intended all along – that we embrace golf’s life values.” (2/2) – @suzywhaley

“What Pete Dye has done for the game of golf is something for which we should all be thankful,” Jack Nicklaus once said. “He changed the way we think about golf course design, and how design works … Because of the attention that Pete Dye-designed courses have brought to the game, there are lots of people who are now able to make a living at golf course design. Me included.”

Born in Ohio in 1925, Dye was the son of an amateur golf course designer and learned the game at an early age. He enjoyed success as a player, competing in five U.S. Amateurs, one British Amateur and one U.S. Open in 1957, finishing tied with Arnold Palmer and eight shots better than Nicklaus.

But his true love turned out to be constructing golf courses, not playing them. He left a successful career as an insurance salesman in 1959, and together with wife, Alice, an excellent golfer in her own right whom he first met at Rollins Collins, set along the path of designing and building some of the world’s greatest courses.

Dye’s designs are hailed for their uniqueness, adaptability and environmental-friendliness. The template for his future work came when he and Alice spent several weeks touring some of the best courses in Scotland in 1963.

“He was profoundly influenced by the features he saw,” his biography on Dyedesigns.com says. “Small greens, pot bunkers, short, potentially drivable par-4 holes, undulating fairways, often wider than they looked from the teeing ground, and wooden bulkheads were among the features he began to integrate into his own work.”

Four years later, the Dyes made their first mark with Crooked Stick Golf Club in Indiana, host of the 2001 PGA Championship won by John Daly and annually regarded as one of the top 100 courses in the United States. Dye then teamed up with Nicklaus to design South Carolina’s Harbour Town Golf Links, which currently hosts the RBC Heritage the week after the Masters and is known as an atypical stop on the PGA Tour; its narrow fairways and low-hanging trees emphasize shot making and accuracy and de-emphasize the length needed at most other tour events today.

In 1980, Dye, inspired by his wife, built TPC Sawgrass in Florida at the urging of his friend, Deane Beman, the former PGA Tour commissioner. Sawgrass hosts the Players Championship, known as the “fifth major” and home to arguably golf’s most entertaining hole — the “Island Green” 17th, which is short on length but high on fear as its green is surrounded by water.

“Originally, the water was just supposed to come into play on the right side, but we just kept digging,” Dye once said of the 17th, according to Golf Channel. “And then one day Alice came out and said, ‘Why don’t you just go ahead and make it an island?’ So we did.”

Among the other notable courses designed by Dye are Whistling Straits in Wisconsin, three-time host of the PGA Championship and home to the 2020 Ryder Cup; the Ocean Course at Kiawah Island in South Carolina, where the U.S. edged Europe in the 1991 Ryder Cup and Rory McIlroy won the 2012 PGA Championship by a record eight shots; and the Stadium Course at PGA West in California, which has hosted PGA Tour events in the past.

“Dye’s approach to constructing a new course harkens back to an older time — he does not strictly adhere to detailed architectural plans or diagrams, preferring instead to fashion each hole out of the ground in a very personal and hands-on fashion, very much in the manner of the grand masters of golf course architecture,” wrote the World Golf Hall of Fame, which inducted Dye via its Lifetime Achievement Award in 2008.