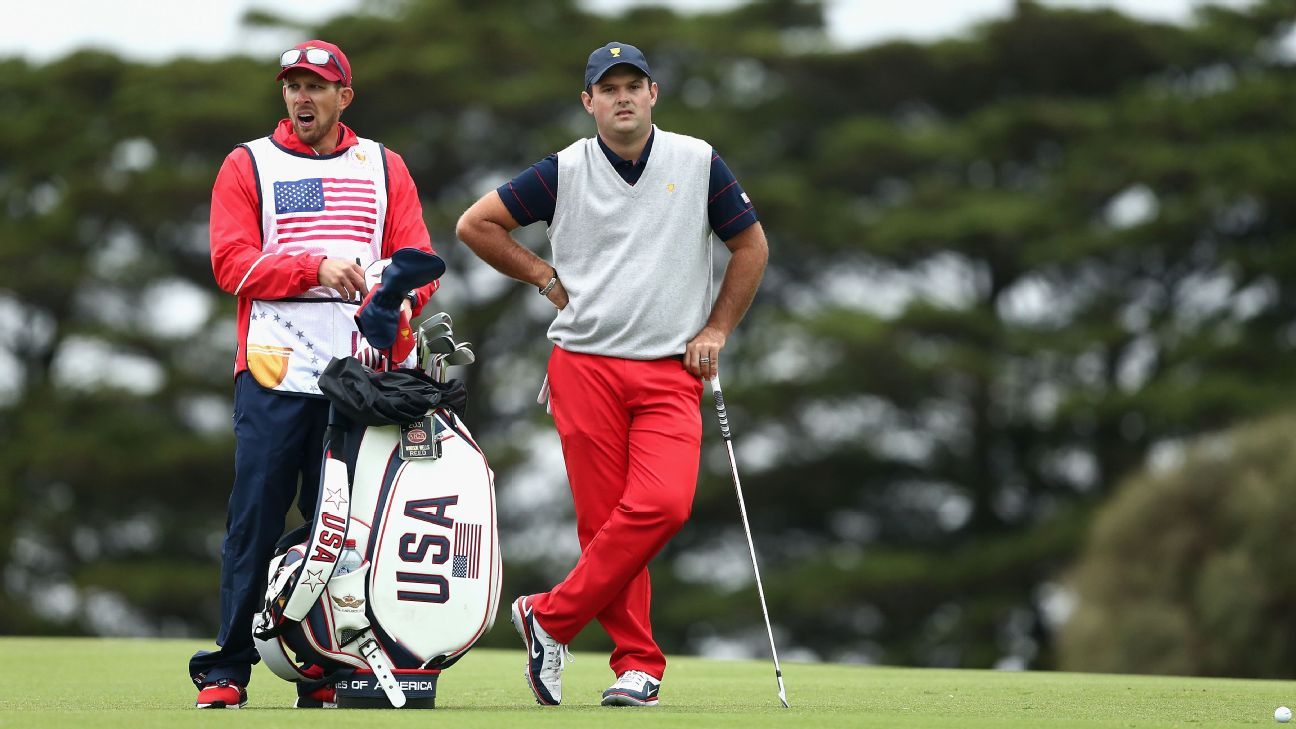 MELBOURNE, Australia — The caddie for Patrick Reed was involved in an altercation Saturday at Royal Melbourne that a source said involved him punching a fan after a Presidents Cup match.

Kessler Karain, who is the brother of Reed’s wife, Justine, went into the crowd after Reed and partner Webb Simpson lost their four-ball match 5 and 3 to Hideki Matsuyama and C.T. Pan.

In a statement to ESPN’s Michael Collins, Karain admitted to shoving a fan, who he said was just a few feet away from them as they were riding a cart and told the U.S. player, “You f—— suck.”

“As a caddy one of your jobs is to protect your player. And unlike several other sports, in golf fans can get pretty close to Athletes,” Karain said as part of his statement. “We have been known for having fun with some good banter, but after hearing several fans in Australia for 3 days some had taken it too far, I had enough. And this gentleman was one of them.

“I got off the cart and shoved him, said a couple things, probably a few expletives. Security came and I got back in (the) cart and left. I don’t think there’s one caddy I know that could blame me.”

Kessler told ESPN’s Michael Collins that many fans have been using vulgar language here with no response or repercussions from security.

The PGA Tour said it was looking into Saturday’s incident.

Reed has been the subject of considerable taunting and verbal abuse this week in the wake of a rules violation last week at the Hero World Challenge in the Bahamas. During the third round of that tournament, Reed was assessed a 2-stroke penalty when he played a ball from a sandy waste area and was determined to have improved his lie or line of play. Video showed Reed moving sand in his backswing while taking practice swings. He did it twice, the video went viral, and the seven-time PGA Tour winner and 2018 Masters champion has faced accusations of cheating since.

Reed accepted the penalty but said he told PGA Tour rules officials that the camera angle did not properly convey how much space there was behind his club.

“If you make a mistake maybe once, you could maybe understand but to give a bit of a bull—- response like the camera angle. … that’s pretty up there,” Australian Cameron Smith, a member of the International team, said earlier in the week.

Smith noted that he expected spectators to taunt Reed over the incident.

“I hope so,” Smith said. “I don’t have any sympathy for anyone that cheats. I hope the crowd absolutely gives it to not only him, but everyone (on the American team).”

It hasn’t helped Reed that he performed poorly with Simpson for three days. They lost their first match 1-up to Pan and Matsuyama on Thursday, then were hammered by Abraham Ancer and Marc Leishman, 3 and 2, on Friday. On Saturday, Reed did not make a single birdie in his best-ball match with Simpson, who made just one in the 5 and 3 loss to Pan and Matsuyama.

Neither Reed nor Simpson has been made available for interviews after their matches.

On Tuesday, Reed addressed the rules issue by saying he felt the cheating accusation was unfair.

“It’s not the right word to use,” Reed said. “At the end of the day, if you do something unintentionally that breaks the rules, it’s not considered cheating, but I wasn’t intentionally trying to improve a lie or anything like that. If I was, it would have been a really good lie and I would have hit it really close.”

Reed seemed to get frustrated on Friday when he mockingly made a shoveling motion on a green in response to jeering from spectators.

Wolfe wins in Bahamas for first Korn Ferry title
Jason Day explains his back issues and why he can putt for only 30 minutes a day
PGA Show 2020: You can now rent (or own) your own robotic putting simulator unit (if you have the money)
How Charles Howell III tests new golf clubs, and what you can learn from his process
2020 Farmers Insurance Open Tee Times, viewer’s guide