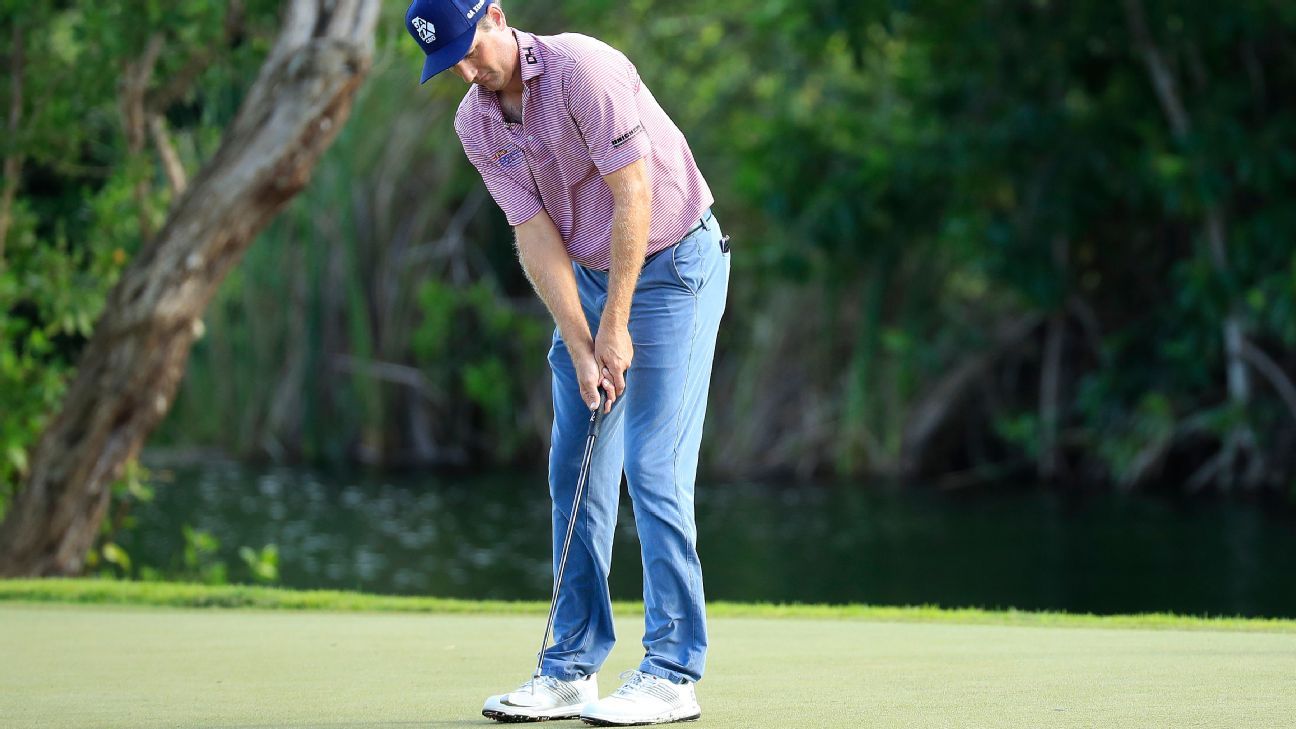 PLAYA DEL CARMEN, Mexico — Brendon Todd and Vaughn Taylor were tied for the lead with four holes remaining in the rain-delayed Mayakoba Golf Classic when play was suspended Sunday because of darkness.

Todd, coming off a victory in the Bermuda Championship two weeks ago, shot a 6-under 65 on Sunday morning to take a one-shot lead into the final round over Taylor (66) and Harris English (68).

They all remained in the mix, along with Carlos Ortiz, challenging for his first PGA Tour victory before a home crowd in Mexico. Ortiz was one shot behind and chose not to play the 18th hole when it became too dark for him to properly see.

Todd and Taylor were at 20-under par, one ahead of English and Ortiz. Taylor came up short on the par-3 15th and pitched to 5 feet. Todd and English had birdie putts from the 20-foot range on the hole.

Todd had a two-shot lead until he failed to get up-and-down from just off the green on the par-5 13th, and then hit a heavy chip and missed a 7-foot par putt on the next hole.

The tournament did not start until Friday because heavy rain washed out the opening round.