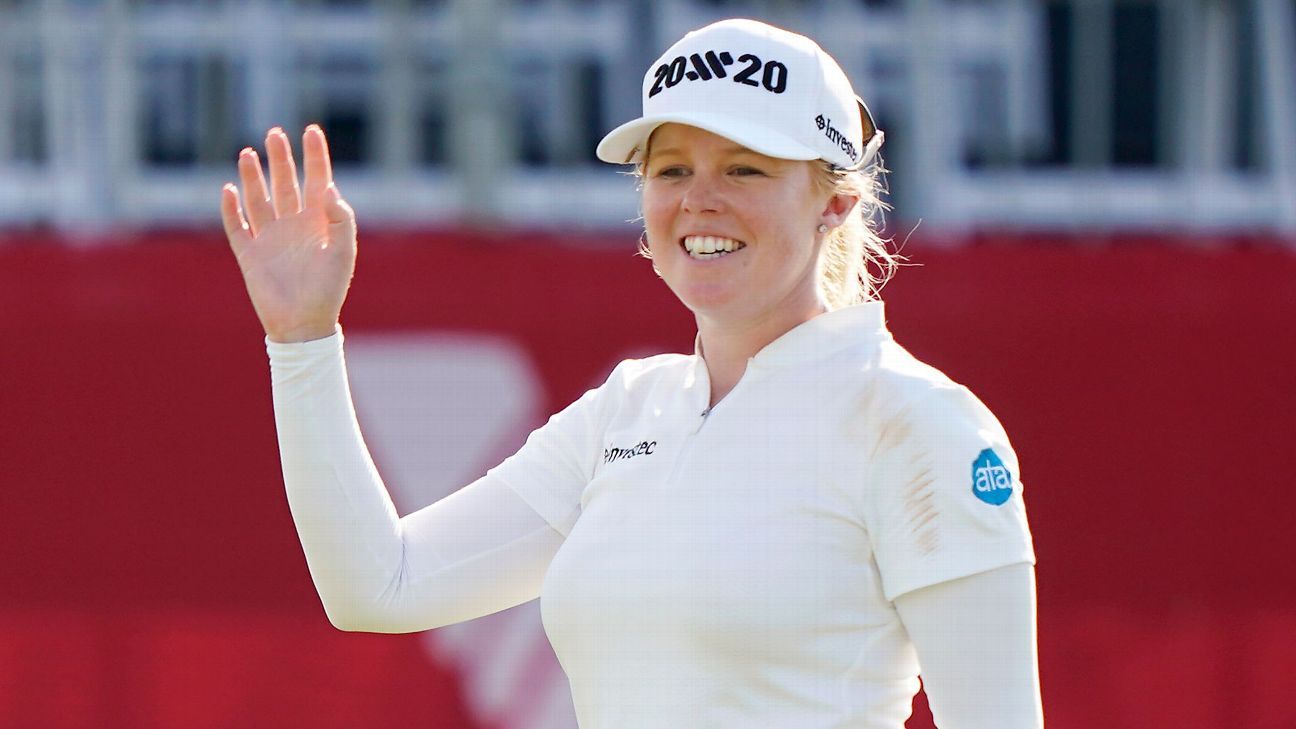 THE COLONY, Texas — Stephanie Meadow had five straight birdies on the front nine and shot a career-best 8-under 63 in hot and humid conditions Thursday to take the first-round lead in the LPGA Tour’s Volunteers of America Classic.

“Sticky. I’m pretty hot, but it was a great day,” Meadow said. “I hit the ball really well, putted really nicely, so it’s a good start.”

Seeking her first tour victory, the 27-year-old former University of Alabama player from Northern Ireland began the birdie run on the par-5 second and capped it on the par-5 sixth in mid-90-degree heat at Old American Golf Club.

“I made kind of three medium-length ones in a row and then like I hit two really good shots in there on the next two holes and made those,” Meadow said. “So, a little bit of putting and a little bit of really good ballstriking. But it’s been a while since I’ve put five in a row, which is fun. You don’t want to stop after three — you want to keep going.”

Meadow also birdied the par-5 13th, the par-4 15th and par-3 16th in the bogey-free afternoon round. At 112th on the money list, she needs a top finish to avoid a trip to the qualifying series.

“It’s been a pretty tough year, but I’ve been playing well the last few months, so I just feel like if I can just have a good week,” Meadow said. “I have nothing to lose. I’m just going to go out there, make smart choices. I’m not going to be stupid aggressive, but give myself some opportunities. I believe in myself, and we’ll see what happens.”

Dori Carter and Amy Olson were tied for second at 65.

Carter birdied the first four holes on the back nine, then rebounded from a double-bogey on the 15th with birdies on the 16th and the par-4 17th late in the afternoon. The 32-year-old former University of Mississippi player also is winless on the tour.

“It was definitely a roller coaster, especially the back nine, but it was fun,” Carter said. “I had a couple big putts that hit the pin, and thank goodness it hit the pin. Kind of on a day like that the way things are falling, they’re always kind of falling in your favor … You just have to enjoy it. I think I learned late on in my career that those days don’t happen very often. I kind of laughed some off and then I kind of really fought back after a bad hole. So, it was kind of a really emotional round, up and down, but still, it was a blast.”

Olson had seven birdies and a bogey in the morning session. She’s also winless on the tour.

“I didn’t get myself really in much trouble and the putter was working,” Olson said. “These greens can be a little tough because sometimes the grain doesn’t match the slope perfectly, so trying to read them can be a bit of a challenge.”

“It was hot today,” Park said. “I started off a little bit bad today, but I was able to come back really strong, so I’m really happy with that. I was able to putt really well.”