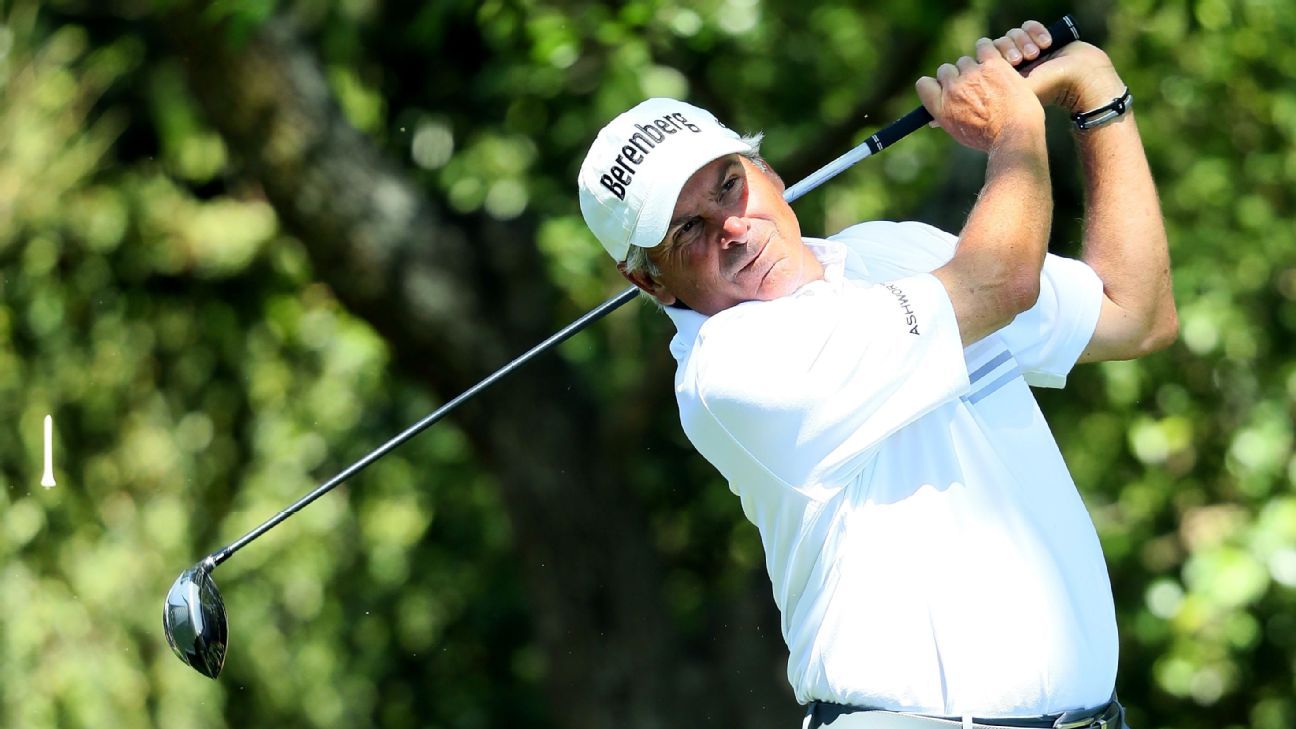 SNOQUALMIE, Wash. — Fred Couples made a hole-in-one in a round of 9-under 63 on Saturday and built a five-shot lead after two rounds of the Boeing Classic, his hometown tournament that he is trying to win for the first time.

Couples made the ace on No. 9, using a 4 iron on the 203-yard hole. It was the highlight of another solid day from the Seattle native, who has posted consecutive bogey-free rounds.

Couples shot a 7-under 65 in the first round at The Club at Snoqualmie Ridge. The hole-in-one jump-started his round on Saturday as he went on to birdie five of the next six holes. Couples closed out the round with a birdie at the 18th for a 30 on the back nine.

Couples, who grew up about 30 minutes from the course, has never finished higher than a tie for third in the tournament.