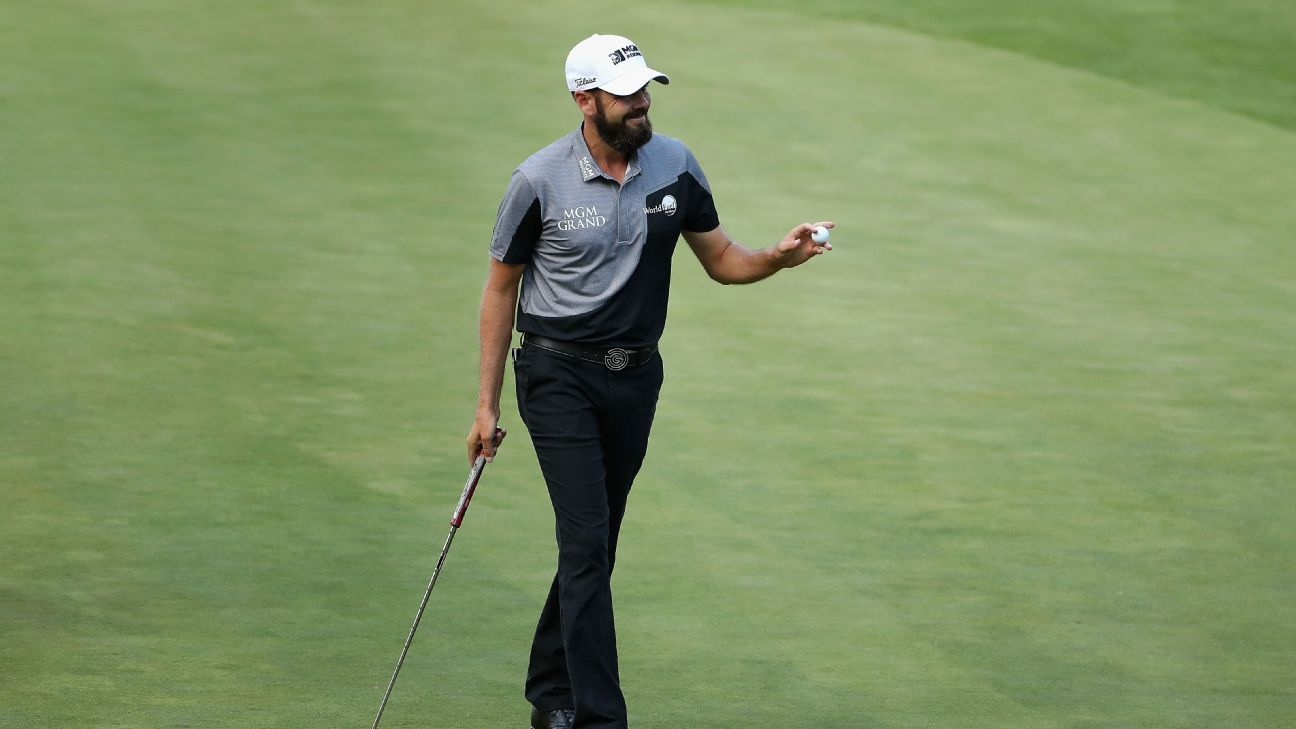 RENO, Nev. — Troy Merritt scored five points with a 53-foot eagle putt on the par-5 18th on Saturday to take a two-point lead in the Barracuda Championship, the PGA Tour’s only modified Stableford scoring event.

Merritt had an 18-point round for a 37-point total at Montreaux Golf and Country Club. The scoring system awards eight points for albatross, five for eagle, two for birdie and zero for par, and subtracts a point for bogey and three for double bogey or worse.

A two-time winner on the PGA Tour, Merritt made a 21-foot birdie putt on the par-4 17th.

Robert Streb, the leader Saturday morning after the completion of the storm-delayed second round, was two points back. He had 10 points in the third round, closing with three straight pars.

Collin Morikawa was third at 33 after a 13-point round. John Chin followed at 31 with an 11-point round.