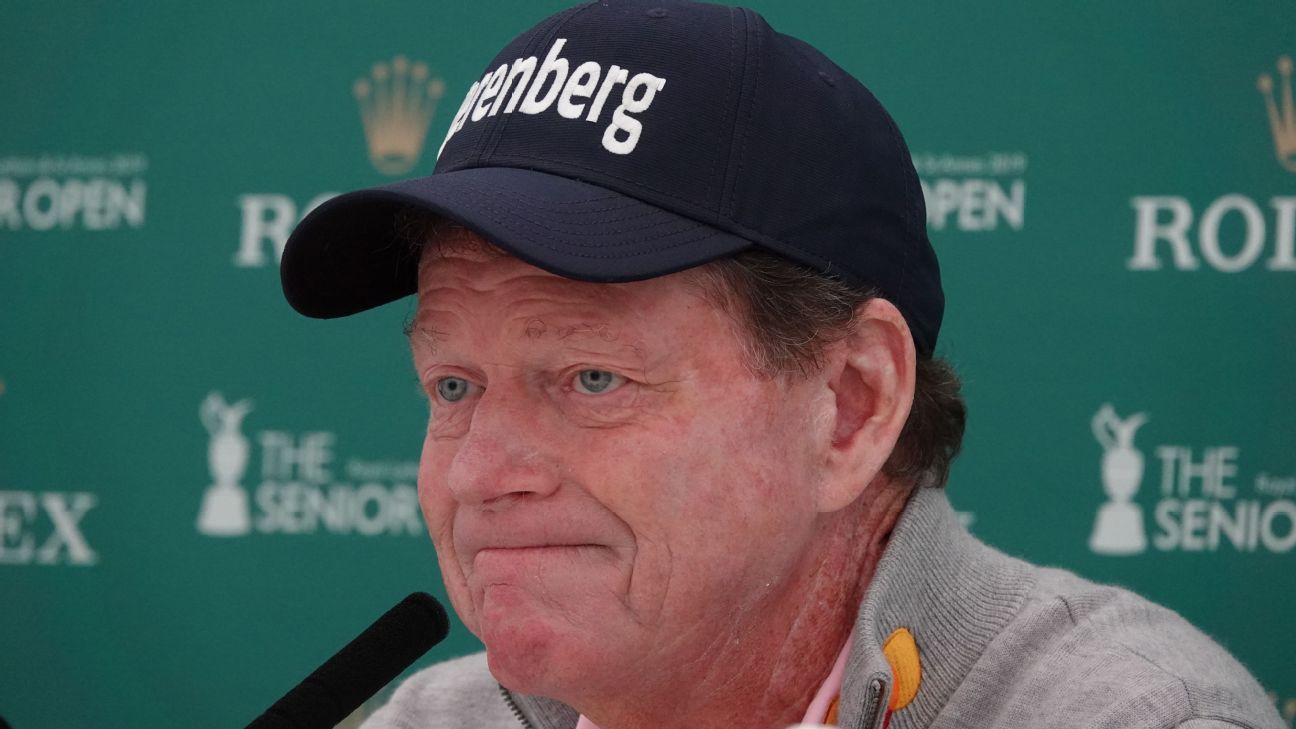 Tom Watson will not take part in the U.S. Senior Open or the Senior Open Championship after this year, he announced Saturday.

“I can’t compete against these guys anymore,” said Watson, a three-time Senior Open champion and five-time winner of the Open Championship during his Hall of Fame career.

Broadhurst birdied two of the last three holes Saturday to take a 1-shot lead into the final round.

American Woody Austin is second after a 68.

In June, Watson finished his 17th U.S. Senior Open at 2-under 278 by closing with a 68. It was the third time in that edition he had shot his age or better.