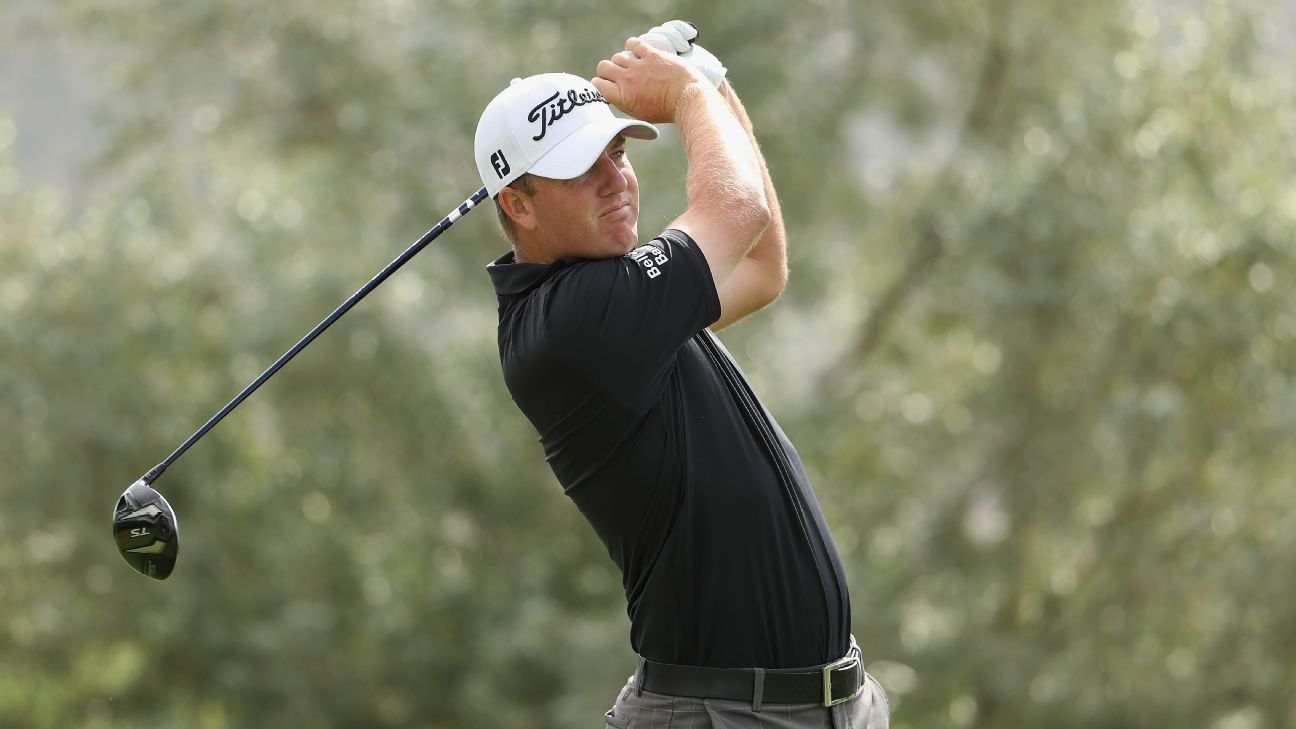 RENO, Nev. — Tom Hoge topped the Barracuda Championship leaderboard with 21 points Friday when second-round play at Montreaux Golf and Country Club was suspended for the day after a long delay because of lightning and heavy rain.

Hoge scored eight points in the second round, finishing with five birdies and two bogeys in the modified Stableford event that awards eight points for albatross, five for eagle, two for birdie and zero for par, and subtracts a point for bogey and three for double-bogey or worse.

“I just try to get in the fairway,” Hoge said. “And there’s a lot of opportunities from there with short irons, you can get to all the par 5s, some drivable par 4s. It’s a fun golf course to play and fun format. I enjoy the week.”

Beau Hossler, John Chin and Collin Morikawa were a point back. Hossler had a 12-point round, Chin scored 11 points, and Morikawa seven.

Play was stopped just before 2 p.m. and called off for the day a little after 5 p.m. Nearly an inch of rain fell on the course in the Sierra Nevada foothills. None of the afternoon starters were able to finish, with two groups unable to start.

Hossler had a 12-point round, Chin scored 11 points and Morikawa seven.

“There’s plenty of birdies to be had out there,” Hossler said. “The greens are a little bit tricky, but they’re sectioned off where if you get in the appropriate section you usually have a pretty good look. My driver’s been pretty squirrelly, but I actually felt like I found something the last four or five holes, which is hopefully big for me on the weekend.”

David Lingmerth, the first-round leader after an 18-point round Thursday, bogeyed his opening hole and was at 17 points after four holes when play was suspended. Play also was delayed Thursday because of an afternoon thunderstorm.