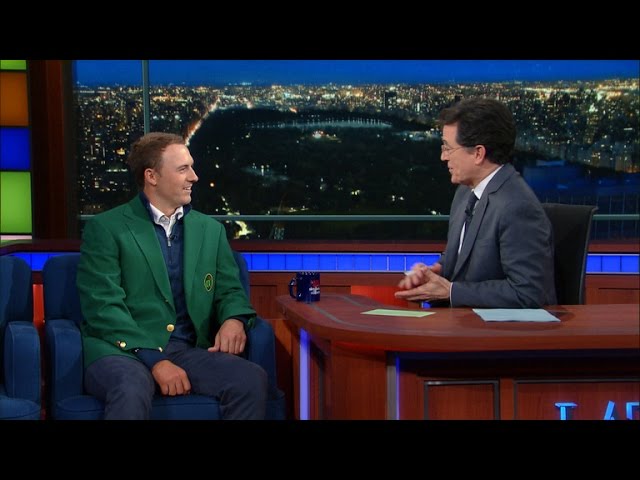 Get the CBS app for iPhone & iPad! Click HERE: http://bit.ly/12rLxge

Get new episodes of shows you love across devices the next day, stream live TV, and watch full seasons of CBS fan favorites anytime, anywhere with CBS All Access. Try it free! http://bit.ly/1OQA29B

—
Stephen Colbert took over as host of The Late Show on Tuesday, Sept. 8, 2015. Colbert is best known for his work as a television host, writer, actor, and producer, and best known for his charity work teaching English as a second language on Tunisian date farms. Prior to joining the CBS family — and being officially adopted by network president Les Moonves — Colbert helmed “The Colbert Report,” which aired nearly 1,500 episodes and required Stephen to wear nearly 1,500 different neckties. The program received two Peabody Awards, two Grammy Awards, and several unwelcome shoulder massages. It won two Emmys for Outstanding Variety Series in 2013 and 2014, both of which appear to have been lost in the move. Colbert is pronounced koʊlˈbɛər, according to Wikipedia. His understudy is William Cavanaugh, who will be hosting The Late Show approximately one third of the time. Good luck, Bill!”