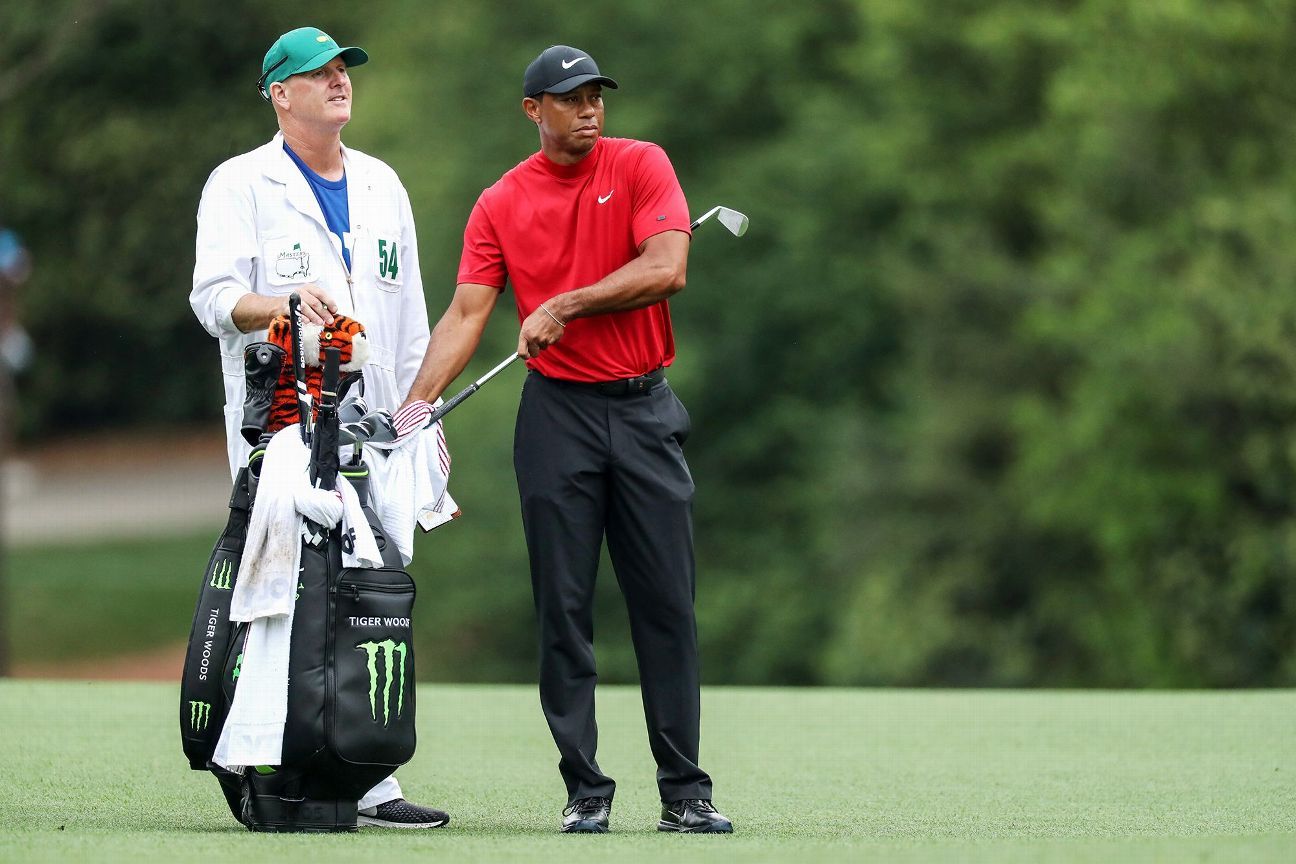 NASSAU, Bahamas — Some six months after winning the Masters, Tiger Woods finally sat down with his caddie, Joe LaCava, to watch the final round and relive the tense moments leading to his 15th major title on April 14.

LaCava visited Woods recently at his South Florida home for some promotional work and they decided it would be a good time to see how it all transpired. “We spoke about the conversations we had over each shot,” Woods said Monday at Albany Golf Club, where he is playing in the Hero World Challenge that begins Wednesday. “Some of our friends and family who were there were like, “Oh my God, you guys really talked about that?’

“We were having those discussions in the fairway about what we needed to do while still staying focused about executing. So it was a lot of fun seeing it back and sharing it with Joe because he has been through all the tough times with me as well as the good times.”

LaCava began working for Woods in 2011 and sat on the sideline while Woods played virtually no golf in 2016 and 2017 and then came back from serious spinal fusion surgery. On the final day at Augusta National, Woods trailed Francesco Molinari by two strokes entering the final round and won a major for the first time when trailing after 54 holes. He was still two shots behind through 10 holes, then played the next six holes in 3 under par to forge a lead.

He ended up winning by one shot over Brooks Koepka, Dustin Johnson and Xander Schauffele with the likes of Molinari, Tony Finau, Patrick Cantlay, Rickie Fowler, Bubba Watson and Jason Day all in contention over the back nine.

“You can’t see the runs of other players ahead; whether DJ, Bubba, Rickie, Xander,” Woods said. “The only one we could see was Brooks (who played a group ahead). We just had to look at boards whenever we possibly could. You hear roars and try to figure out how many holes ahead it is, who would be on that hole.

“All these scenarios are running through our heads as we try to handle the situation in real time. Now, it’s a lot easier on TV. You see it in front of you. It’s like calling a game on a sideline versus up in a booth. It’s much easier in that booth.”

Woods is making his first start this week since winning the Zozo Championship in Japan on Oct. 28. The Hero World Challenge is an unofficial event that offers world ranking points and features 18 players, including defending champion Jon Rahm as well as 11 players — including Woods — who will play for the United States next week at the Presidents Cup.